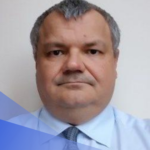 Pierre-Yves Cordier graduated as a chemical engineer in 1991 and went on to study for a PhD in the laboratories of the CEA (Atomic Energy Commission) in Fontenay-aux-Roses. He was then awarded a PhD in chemistry from the University of Clermont-Ferrand in 1996, and went on to work as a researcher in the CEA’s Marcoule centre, specializing in spent nuclear fuel reprocessing. In 1999, he joined AREVA for the Japanese reprocessing plant project in Rokkasho-Mura, where he stayed until 2005 as team manager for chemical facilities. He then came back to the CEA and worked at the International Affairs division. In 2007, he was appointed Nuclear Counsellor at the French Embassy in Tokyo. He stayed until 2011, before being transferred to the same position in Beijing. In 2014, he was appointed manager for international cooperation at the CEA’s Nuclear Energy division. Since the beginning of 2018, he has been Nuclear Counsellor at the French Embassy in the UK, and at the French Embassy in  Finland.