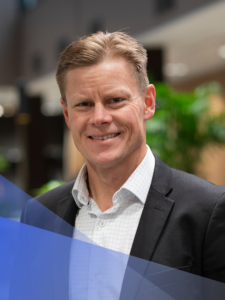 Until his appointment at VTT, he has held various engineering and managerial positions at Teollisuuden Voima Oy since 2006. From 2015 to 2020 he worked at Plant Engineering department holding position of Head of Project Management (2015-2019) and Head of Engineering Operations (2019-2020). Between 2008 to 2015 he was Senior manager, Project Control and member of Olkiluoto 3 project management group.

Prior to joining Teollisuuden Voima, he worked since 1994 at European Laboratory of Particle Physics (CERN, Geneva). He was sub-project manager of Nobel-prize winning Atlas experiment between 2000 and 2006, and worked as project engineer at CMS experiment between 1994-2000.