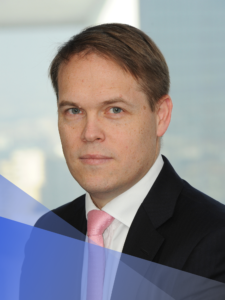 Frédéric Lelièvre graduated from Ecole Polytechnique and Ecole des Ponts et Chaussées, and holds a PhD in nuclear
physics.
He began his career in 1996 at the French Atomic Energy Commission (CEA) in Saclay. In 2000, he moved to Alcatel where he held a number of project management positions in Europe and Asia, before heading the Business Unit for the Vertical Markets (transportation, oil and gas, utilities and defense) in the Asia-Pacific region.

He joined AREVA in 2010 as head of the Projects and Prospective Studies Department within the Recycling BU, and became the Head of the Business Department for the same BU in 2011.
Between 2013 & 2016 he was the Vice Chief Commercial Officer of Areva.
He is now member of the Board of Framatome, Senior Executive Vice President Sales/ Regions/ I&C.