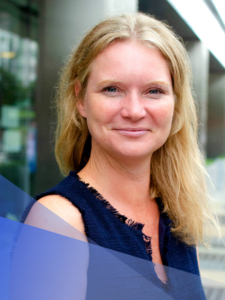 Cindy Vestergaard is a Senior Fellow and Director with the Nuclear Safeguards and Blockchain in Practice Programs at Stimson Center. Her research on nuclear safeguards focuses on the impact of evolving international obligations and emerging technology on states and facility operators while her research on blockchain technology considers and tests the potential for the tech to increase transparency, security and reporting in nuclear safeguards, nuclear security, the trade of dual-use chemicals and export controls.

Before joining Stimson in 2016, Vestergaard was previously a senior researcher at the Danish Institute for International Studies (DIIS) in Copenhagen, Denmark. Prior to DIIS, she worked on non-proliferation, arms control and disarmament policy and programming at Canada’s foreign ministry. Positions among others included Senior Policy Advisor, Global Partnership Program; Senior Policy Advisor, Foreign Intelligence Division; and Political Officer at Canada’s Mission to Hungary and Slovenia.